Something wicked this way comes . . .

Gruoch is born to rule, but long before she becomes Macbeth’s queen, ancient forces claim her soul.

Marked from birth by the old gods, Gruoch is initiated into the ancient religion of her ancestors and begins learning the mysteries of the Goddess Cerridwen. But not everything is as it seems. Soon the Battle Goddess Morrigu imposes her will, and Gruoch finds herself at the mercy of the Wyrd Sisters.

With King Malcolm plotting, the Wyrd Sisters schooling her in arcane craft, and haunted by dreams of a raven-haired man she’s never met, Gruoch feels her fate is not her own. That is, until she meets a druid named Banquo. Gruoch’s heart is swept away when Banquo awakens something in her more powerful than duty, magic, or destiny: love.

This retelling of Shakespeare’s classic work leads readers through an unforgettable saga of one woman struggling to escape her fate without blood on her hands.

I went to the open window casement and looked out at the silver moon. It was glowing brightly. In the field below, two men where stringing up a freshly killed stag. The light of the fire and the glow of the moon illuminated the scene. I couldn’t quite catch their words on the wind, but they were laughing and drinking. I saw the flash of silver as the hunter took out a knife and slit open the belly of the deer with a jerk.

Blood and guts erupted like heavy rain. The deer’s intestines burst from the body and with a wet sounding heave, spilled bloody red onto the earth.

The hunter groaned a disgusted grunt as blood splattered all over him.

The image both awed and horrified me. The blood and heap of guts made a massive dark pool at the hunter’s feet. The red of innards and blood glimmered in the firelight. The image of it so unsettled me that I swooned. I gazed up at the moon. My head feeling dizzy.

For a brief moment, I saw the world in double vision. Everything around me suddenly felt very far away. I held on to the stone window casement, but my body felt like it was spinning.

The world glimmered from blackness to a rainbow of opalescent colors then to darkness once again and everything became very still and silent and black. The spinning sensation stopped and my feet were on solid earth, but I didn’t know where. The only thing that was certain was that I was not in my chamber anymore.

I saw the light of a fire in the far distance and traveled to it with the speed of thought. I moved as if on the wings of a bird. Propelled through time and space, wings beating in the wind, I soon found myself standing beside a cauldron. A fire was burning underneath. Two women stood aside the fire. One was ancient looking, the lines on her face deeply grooved. The other was more middle-aged; her hair was deep-red.

“Twice the raven has cawed,” said the ancient matriarch.

“Twice the star flower has bloomed,” said the red-haired woman.

“’Tis time,’tis time,” they said together.

“Are you…are you the ladies of the nine?” I asked.

The ancient one laughed a long and heady laugh. “Hail daughter of Boite.”

The red-haired woman bowed to me. “Hail Queen hereafter.”

“Cauldron queen, old one reborn, come join, come join,” they called to me. They joined their hands, extending their free ones to me, motioning for me to join them in their circle.

“Round the cauldron come and sing,” said the elder.

“Like fey things in a ring,” said the younger.

The hair on the back of my neck rose, and my skin chilled to goose bumps. These were not Madelaine’s women. I knew who they were: the Wyrd Sisters. Their dark magic was known only in ancient lore. It was said that they meddled in the world of men. They had not been seen since the time of my ancestor, Kenneth MacAlpin, when their prophecies helped him unite old Alba. My body chilled from head to toe.

“A deed with a heavy name,” answered the ancient one with a laugh.

“A service, Lady,” said the younger.

“But more yet, say Sister,” replied the younger, red-haired one.

“Even more,” the elder said mysteriously. The old woman let go of her younger companion and drew close to me. She was ancient. As she neared me, the sharp smell of flowers effervesced from her, familiar and sweet. While her words frightened me, her eyes were soft and loving. “Bubble of the earth, and Goddess hereafter,” she said then reached up to draw a mark on the center of my forehead. “Wake.”

My eyes opened with a jolt. I was lying on my chamber floor staring up at the ceiling. Pain shot through my body. I sat up and touched the back of my head. It was wet. In the dim candlelight, I could see blood on my fingers. I must have fainted.

I rose slowly and glanced outside. The men were skinning the stag. I went over to my water basin to rinse the blood from my fingers, but I gasped when I caught my reflection. One the center of my forehead, drawn in blood, was a flower with five petals. I leaned forward to look at it better. For just a moment, I spied the image of the Wyrd Sisters standing behind me. I turned to see…nothing. And when I peered back into the basin, the vision was gone. The bloody flower, however, remained. I wiped a wet cloth across the symbol, washing away the flower…the symbol of the Cauldron Goddess, the Goddess Cerridwen.

Melanie Karsak is the author of the Amazon best-selling steampunk series The Airship Racing Chronicles (Chasing the Star Garden and Chasing the  Green Fairy) and the award-wining horror/dark fantasy Harvesting Series. She grew up in rural northwestern Pennsylvania and earned a Master’s degree in English from Gannon University. A steampunk connoisseur, white elephant collector, and zombie whisperer, the author currently lives in Florida with her husband and two children. She is an Instructor of English at Eastern Florida State College.
Author links:
http://melaniekarsak.blogspot.ca/
https://www.goodreads.com/author/show/6539577.Melanie_Karsak
https://twitter.com/melaniekarsak
https://www.facebook.com/AuthorMelanieKarsak 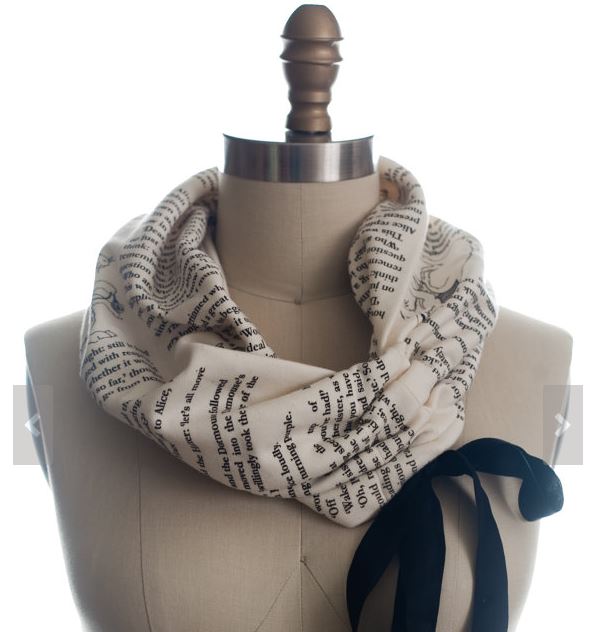