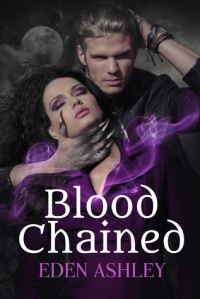 Sometimes great evil is necessary to keep what you love most.

After centuries on the run, Rhane can avoid justice no longer. Primes have called him home and now he must finally answer for the sins of his past. But the situation in Rhane’s homeland is far worse than anyone could have imagined, and the judgment Rhane faces is a brutal one. Even relying on the strength of the immortal Banewolf, the man he has become may not survive.

Kali and the other kin work tirelessly to secure Rhane’s freedom, but many obstacles stand in their way. Wesley offers a solution that hinges upon resuming a dangerous search for the Siren’s Heart. Trusting him, she and the kin set out once again to find the elusive artifact, believing Rhane and Warren’s freedom can be bartered in exchange for the statue. But other creatures are searching for the Heart. And with greater resources and a head start, their enemies may reach it first.

When another presence entered the locker room, Kali halted her pacing. “You’re late,” she said without turning around. He hadn’t made a sound, but somehow she felt him. That was happening a lot lately.

“Sorry. But I seem to have my own classes to attend. And they’re across town, at the university.” Callan’s blue eyes seemed happy to see her. His voice was light and teasing, a stark contrast to the sharpness in hers. Scowling, he glanced around the small space that smelled of female hormones and sweat. “Tell me again why you insist on meeting here.”

She folded her arms. “You know I can’t sneak away from the boys. It wouldn’t be fair to them. And it could be dangerous.”

“Okay. I accept that.” He took a step closer. “But you can at least stop being so uptight.” He fingered a stray curl, only making her heart ache even more for Rhane. “Everyone is working together to keep you safe.”

“It’s always good to see you.” He came even closer, invading her intimate space as if it were his to claim. She could tell he was hungry to touch her, to be touched. To be used.

She hated it when he got like this. He was a tool, an object of convenience. Nothing more could ever evolve of their situation. But sometimes, it was like Cal had forgotten the terms of their arrangement.

Taking a seat on the bench put more distance between them. She hoped the move would help remove some of the heat from Cal’s eyes. Unfortunately, it also meant he now towered over her. The position of dominance only elevated the tension.

She needed to change the subject. “Why are you attending classes? Surely, Gabriel the mastermind has better things to do than study English 101. Scheming for world conquest sounds more up his alley.”

Cal smiled. “Oh he’s scheming alright.” He took a seat next to her, watching her face earnestly. “I still have a life of my own.”

“No.” She closed her eyes. “You forfeited your life to Gabriel.”

“And so is he. His fate is your fate. You can never be without him.” She didn’t understand how Cal failed to understand that.

“We’ll have to agree to disagree, babe.” He reached for her, stopping when she pulled away. His brow wrinkled. “Are we doing this or not?”

“Then stop being so cold.”

“I think you do, sometimes.”

A knife of pain stabbed into Kali’s chest and twisted. Was it guilt? Did Cal’s words hold some truth? She bit her lip. The hurt it brought grounded her thoughts to the task at hand. “Let’s get it over with.”

She frowned. “This is strictly business.”

Kali didn’t care if he agreed. She only needed him for one thing. Still, his hands were eager as they beckoned her closer, held her so tenderly against him. His lips closed around her mouth, cool to the touch. He remembered well and sought to please her, stroking everywhere she liked. Her ears, the back of her neck, the swell of her breast—his gentle caresses found the most sensitive parts of her, coaxing Kali into heightened arousal. She had felt more with him than with any other before Rhane. But with Cal there was always darkness. Feeding from him left her with angry thoughts and violent urges almost too compelling to resist. Daily matches against the kin helped channel those powerful inclinations, giving her rage an outlet.

But when Kali reached for his spark…this time things were different.

Threads of light had woven into the darker pitch of his aura. Intense purples and royal blues replaced black and gray emptiness. Something had tempered the savage coldness, cultured his humanity.

Nearly losing the moment when his hands slipped beneath her blouse, Kali redirected her focus. She had to take the necessary energy hard and fast. The more he touched her, the deeper he fell. The more things got confusing. She needed to get this over quickly for both their sakes.

Pressing her hands on either side of his face, Kali drank deeply, urgently. Cal’s lips grew colder. His fingers chilled against her skin. Still, she drank. His spark dimmed and darkened, almost recoiling from her touch. But she pulled it back, sating her thirst. His fingers tightened, dug painfully into her skin. A tremor rippled through his body. Cal shuddered, sagged against her. Then she released him.

Cal sat dazed for several long moments. Then his eyes cleared and he jerked as if suddenly emerging from deep sleep. He was panting as he stood up, wobbling unsteadily on his feet. “Shit, Kal.” He moved away from her, to the corner of the room. “Did you have to take so much?”

“Sorry. The hunger is getting worse.”

“Sometimes three.” Her reply was absent. She straightened her clothes, busy considering something weighing on her mind for a while now. “I need to figure out how to do this without making out with you. I’ve fed without intimacy once before. I know it’s possible.”

“You don’t have to.” Though he still sounded a tad breathless, Cal moved close to her again. “I prefer things this way.”

“And you know I don’t.” Hurt written plainly in his expression, she regretted her words. There was no sign of the arrogant and selfish boy she dated a year ago.

His fingers squeezed her wrist, and those piercing blue eyes locked onto hers. “But what if he doesn’t?”

“Callan, don’t.” Fearing what holding that gaze would to do him, she pulled away to gather her things. It was time to go.

But Cal wasn’t ready to leave yet. “If things were different…we could have a chance.” His face was hopeful, imploring for something Kali couldn’t give. “I can make you happy this time. I know it.”

“I appreciate all you’ve done for me…everything you keep doing.” She averted her eyes, unable to look at him. It seemed that she was destined to hurt him. Her very design made it unavoidable. “But Rhane is my soul mate. I will find him. And I will bring him home.” 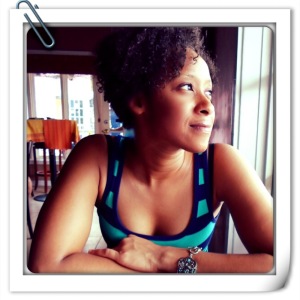 AUTHOR BIO:
I’m Eden Ashley and I was born and raised in a small, sunny town in South Carolina. However, it’s the thunderstorms that inspire my best ideas. There are few things I love more than curling up with a good book and a cup of coffee on a rainy day, (except maybe chocolate cake. I love cake.) often reading into the wee hours of morning when something really grabs me. I pretty much love anything with supernatural elements, so writing paranormal romance and fantasy romance seems to be a natural fit.
My first novel, Dark Siren, is best described as paranormal romance artfully wrapped within a plot chock-full of action, adventure, and edge-of-your-seat suspense, while the series has evolved to become a journey of redemption and second chances as two characters understand that sometimes committing evil is necessary to protect what is loved most. I took the siren from Greek mythology (and borrowed a little from mermaid lore), creating an entirely different creature, with its own mythology, and one that Publisher’s Weekly praised for its passion and complexity. This is not just another werewolf/shapeshifter romance or vampire romance. I think this is a story that both adults and teens can enjoy, full of characters to fall in love with!I love getting feedback! For the latest news on upcoming sequels and other novels, find me on my website: http://edenbynite.blogspot.com
Facebook: https://www.facebook.com/EdenAshleyAuthor
Twitter: Eden_byNite, for writing tips, publishing help, and daily updates.
GIVEAWAY
Blitz-wide giveaway