Book Tour and #Giveaway: Before He Was Gone, by Becky Wicks @bex_wicks 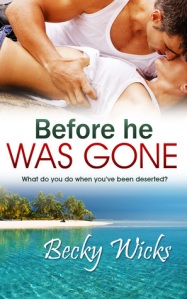 Sometimes, you have to get lost to find yourself…

When her rock star boyfriend breaks things off out of the blue, Alyssa applies to hit reality TV show Deserted and to her shock she gets through. Abandoned on a remote island with a bunch of strangers and none of the luxuries she’s become accustomed to, it’s not long before an undeniable attraction to the mysterious Joshua starts complicating things even further.

Joshua’s different to everyone she’s ever known – a traveller, a man with no plan, a world away from the celebrity life she’s left behind. As a series of challenges test their wits and weaknesses, things start heating up in paradise, but in a game designed to break people down, it soon becomes clear that Joshua is hiding a painful secret – one he won’t risk anyone finding out.

Struggling to know where she belongs, Alyssa will have to choose – a life she once loved that wants her back, or a brand new reality that heartbreakingly may just have its limits.

I watch Joshua pick up the spear again. The lion roars at me from his arm as he pulls the fish off the end and walks to the shore to wash them off. My eyes trace the lines of his shoulder muscles. I flashback to last night… and this morning. We couldn’t get beyond PG-13 before the cameras arrived, circling the rocks in the water again like sharks.

I wasn’t exactly applying logic to my actions last night, though. Kissing him took me to another planet entirely. What if the entire U.S just saw me crushing this sand couch and now they’re watching me standing here, acting like I have no clue what happened?

Journey glowers at me. Joshua doesn’t turn around. Owning up would be the right thing to do in any regular situation, yes, but everyone knows the second a couple hook up on Deserted, the others turn against you. You’re viewed as a threat. I need to think. I need to talk to him, but he’s turned around now and he’s still not looking at anyone. Maybe we shouldn’t have stayed out so late, but the more we talk the more we have to say. We’d only been asleep a couple of hours before he was waking me up and taking me spearfishing.

Between dives this morning, Joshua told me about a guy he worked with once, out in Arizona, who lived in the desert because he was afraid of some watery abyss:

‘You know, eighty per cent of all life on this planet is under the ocean,’ he said, his flecked eyes boring into me under the sun. ‘The world’s biggest waterfall, the biggest mountain range…’

‘Yup. And there’s more historical stuff down there – more planes and boats and secrets than in all the museums in all the world,’ I said, remembering my facts from school. ‘We know more about space than the sea,’ and he grinned. I could tell he was struggling not to kiss me and I’d be lying if I said it wasn’t kind of thrilling, being desired yet unattainable at the same time.

‘True. But this guy was terrified, seriously terrified that some alien force is going to come out of the ocean someday. I helped him build a bunker, so he’d be safe.’

‘Why were you there?’ I asked him.

I feel my pulse race again. Shan’s right, Joshua’s a dark horse for sure. For all he says to me now when we’re alone, there’s so much he’s not saying in front of them and it’s pissing people off. But there’s something that’s hurting him; I can’t get it out of my head. Joshua told us how Mike was defensive ‘cause of his fears, but I’m guessing at times he’s exactly the same. Whatever made him speak up against Stephanie’s beliefs stems from something he’s struggling with, alone.

I look on as he strokes the excess sand off the fish with his fingers carefully, stares out to the horizon. Maybe I’ll never know what’s haunting Joshua. What if he does get voted out next? The thought sends a bolt of dread through my core but I force my head back on straight, tear my eyes away from his body. I have to stay sharp. I’m not here for a guy. I’m here for a million dollars. 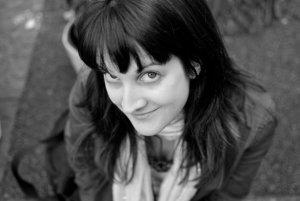 AUTHOR BIO
Becky Wicks lives in Bali and scribbles books, and she’s mostly powered by coffee. Her first book in the Starstruck Series, Before He Was Famous, recently reached #1 in Amazon’s Coming of Age and New Adult & College categories, and her three travel books, published by HarperCollins are online to make feet nice and itchy. Mostly though, she loves to write love stories. She blogs most days at beckywicks.com and always welcomes distractions on Twitter @bex_wicks. Especially if you have photos of cats.
Author links:
http://beckywicks.com/
https://www.facebook.com/pages/Becky-Wicks-Author/242645109127479
https://twitter.com/bex_wicks
https://www.goodreads.com/author/show/4658054.Becky_Wicks
Giveaway:
Tour-wide giveaway (INTL)
–50$ Amazon gift card
–A character named after the winner in book 3 – Before He Was a Secret